Jumping the gun on year-end by a bit, I’ve gathered up the 10 most-read new posts on Bankruptcy Soapbox in 2016.

Without need of an envelop, please,  here they are, in reverse order:

10.  Why The Gap Between Judges & Attorneys About Fees Most bankruptcy judges never walked a mile (or any distance) in the shoes of a consumer bankruptcy lawyers.  That lack explains why a judge could say an attorney spent “too much time” counseling a debtor.

9.   Three Things That Disqualify You For Bankruptcy It’s not tough facts, but rather bad attitudes, that get people turned down as bankruptcy clients.  Do any of these profiles describe your approach to a bankruptcy case? California’s homestead law fails too many, just when they really need protection for the family home.  Senator Bob Wieckowski’s bill would have squared the law up with economic reality. It didn’t make it.

7.   When Your Government Doesn’t Want You To Succeed What’s wrong with a Chapter 13 trustee’s operations when a high percentage of debtors actually completed their plans?  DOJ auditors found no shortcomings, but called nevertheless for more paper in the trustee’s file for auditors to read.

6.   Better Exemptions Is A Woman’s Issue Current California law requires a married woman filing alone to get her spouse’s consent to her choice of bankruptcy exemptions.  Archaic, crippling, but still law when SB 308 failed in the Assembly.

5.  Vital Questions To Ask A Bankruptcy Lawyer Before Signing Up 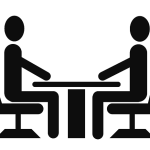 Five questions for interviewing a bankruptcy lawyer.  The answers will tell you lots about the lawyer and how well you’d work together.  None of the questions are about how much bankruptcy costs.

4.   Why Debtors, Not Judges, Should Get To Choose Which Chapter They File My rant on the sloppy judicial thinking behind the idea that a low dividend Chapter 13 is offensive to the system.  The virtues of Chapter 13 are far more powerful than just how much creditors get paid through the plan. Just like the feds, California revisits the dollar amounts that quantify how much value you can have in a asset and keep the asset as exempt in bankruptcy.  The state numbers went up in the triennial adjustment.

1.   Six Things That Make The California Homestead A Super Hero Far and away the most read post looked at the California homestead exemption and how it works to protect a family’s largest asset.  Just like Superman, the homestead is powerless in the face of some situations.

Later this week, I pick my favorite posts of 2016.  Let’s see how the list differs.

Remember the old high school cheer:  two, four, six, eight, who do we appreciate? Turns out, that's not just a cheer, it's shorthand for the rule on when you can file bankruptcy again. And it points out that when you can file again depends on what kind of bankruptcy you filed last time. Here's how it … END_OF_DOCUMENT_TOKEN_TO_BE_REPLACED