We’re half way through the year here on the Bankruptcy Soapbox.  Let’s take an All Star break and single out the best performing posts so far this year.

Strikingly, the team is all veterans.  Not a single post written in 2017 cracked the top ten.

Nor did the two topics that animate me the most, violations of the discharge injunction, nor home loan servicing make a run for all-star status.

So, let’s introduce the 10 2017 all stars, starting from the least trafficked to the runaway winner. 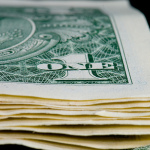 Above median debtors are not locked out of bankruptcy.  For most with a high income, it’s just a matter of  filling out the means test and showing where that income is already committed. Qualifying for the cancelled debt exclusion

The IRS treats cancelled or settled debt as taxable income unless you can show you’re insolvent.  And, surprise, the IRS has an unusual way of calculating your balance sheet. Can you safely spend money just before you file bankruptcy?

We look at what you can spend excess cash on before you file bankruptcy and how to do it so it’s actually beyond the reach of the bankruptcy trustee. Discovered that there’s a lien on your house after your bankruptcy?  Don’t despair:  here’s how liens impairing an exemption can be slain even if your case is closed. Private student loans may not be dischargeable in bankruptcy, but they otherwise have to play by state law rules, including the statute of limitations. Are you liable for your spouse’s debts in a community property state?

The answer, in California at least, is no.  But your share of the community property is liable for nearly every debt either of you have. Avoiding the tax that comes with an IRS form 1099

Foreclosure, debt settlement, or just plain screw up may land you with an IRS form suggesting you owe taxes on money you never saw.  Here’s what to do. Tax deductions hidden in your Chapter 13

Don’t miss deductible expenses paid by the Chapter 13 trustee on your behalf.  Find the deductions and claim them on your taxes.

Ta dah! The homestead exemption for Californians is the most popular post on Soapbox, finding nearly twice as many readers as the number 2 post.  It’s a winner in more than one way.

One of the first questions a bankruptcy trustee will ask you at the hearing in your bankruptcy case is:  did you read the schedules before you signed them? The obvious, and expected, answer is YES. And if your answer is "yes", then the trustee can conclude that you stand behind the information that the … END_OF_DOCUMENT_TOKEN_TO_BE_REPLACED